Moore is a larger medium-sized city located in the state of Oklahoma. With a population of 61,523 people and 14 constituent neighborhoods, Moore is the seventh largest community in Oklahoma.

Unlike some cities, Moore isn’t mainly white- or blue-collar. Instead, the most prevalent occupations for people in Moore are a mix of both white- and blue-collar jobs. Overall, Moore is a city of sales and office workers, professionals, and service 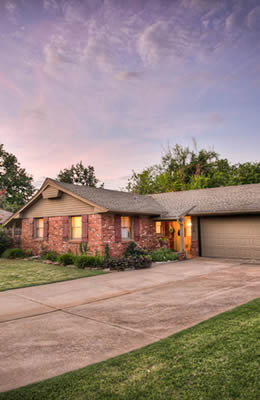 providers. There are especially a lot of people living in Moore who work in office and administrative support (17.15%), sales jobs (10.30%), and management occupations (8.88%).

Also of interest is that Moore has more people living here who work in computers and math than 95% of the places in the US.

The population of Moore overall has a level of education that is slightly above the US average for all US cities and towns of 21.84%. Of adults 25 and older in Moore, 24.01% have at least a bachelor’s degree.

The per capita income in Moore in 2010 was $26,472, which is wealthy relative to Oklahoma, and upper middle income relative to the rest of the US. This equates to an annual income of $105,888 for a family of four. However, Moore contains both very wealthy and poor people as well.

Moore is a very ethnically-diverse city. The people who call Moore home describe themselves as belonging to a variety of racial and ethnic groups. The greatest number of Moore residents report their race to be White, followed by Black or African-American. Important ancestries of people in Moore include German, Irish, English, French, and Italian.

The most common language spoken in Moore is English. Other important languages spoken here include Spanish and Vietnamese.